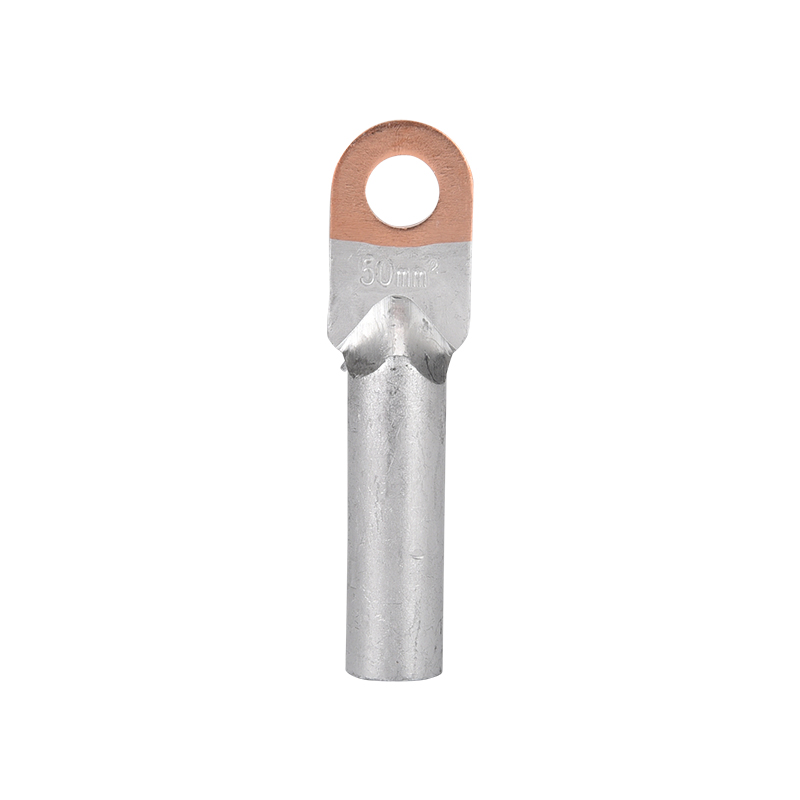 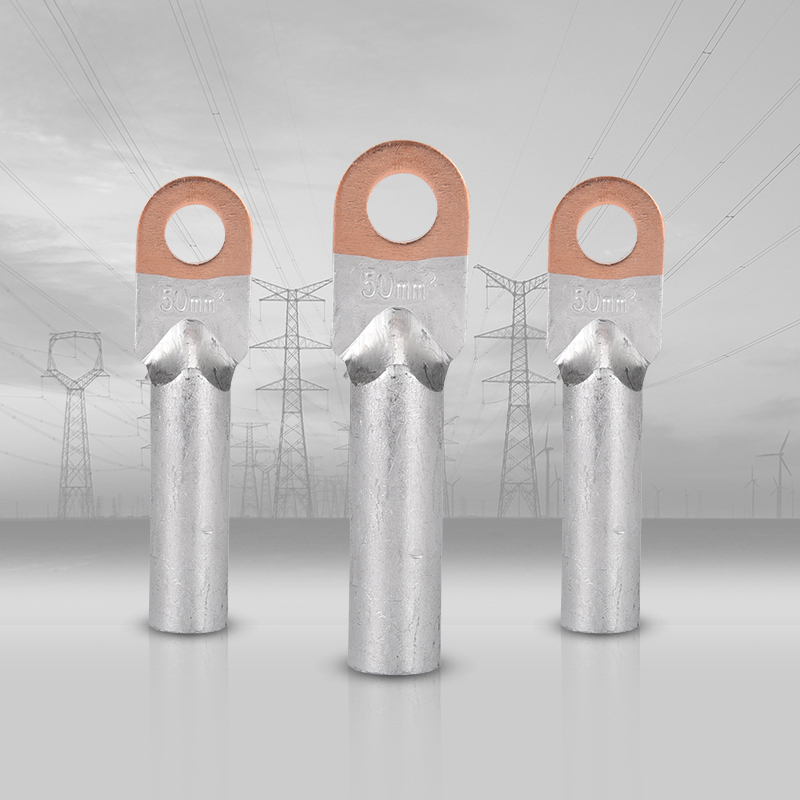 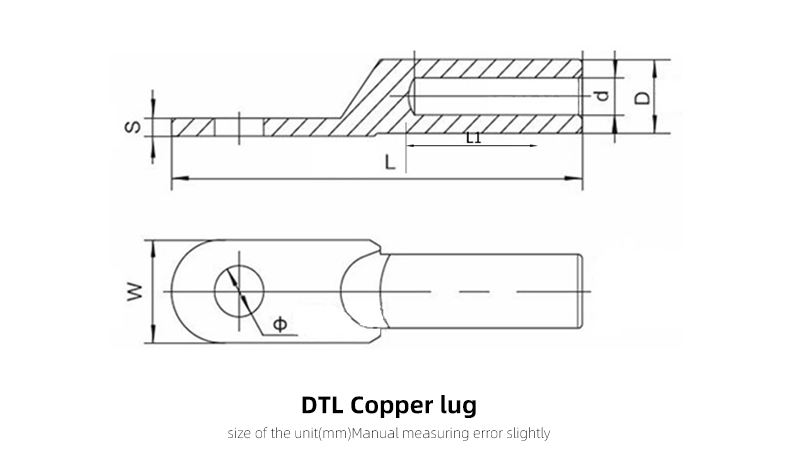 Advantages of thread nose
1. The wiring is convenient. There is no wire nose. Only solder wiring is available. It is troublesome and not too firm
2. It's safe. The thread ends are pressed together without burrs,
3. The design of the wire nose ensures sufficient contact area and will not lead electricity to flow through and cause accidents due to large heating

Surface treatment: there are two commonly used,
1. Pickling: the color of pickled copper is basically the same as that of red copper, which can play a beautiful role in oxidation resistance and is more conducive to conductivity.
2. Tin plating. The surface of the copper nose after tin plating is silver white, which can better prevent oxidation and conductivity, and prevent the diffusion of harmful gases generated by copper in the process of conductivity.

Peephole SC series copper terminal blocks are popular products. They are made of high-quality copper and have high conductivity. You can choose specific models according to the cross-sectional area of connectable wires. Wires and areas ranging from 1.5 mm2 to 50 M2 can be connected with this terminal block.

What is the function of thread nose?
1. Increase strength;
2. It is convenient to fix;
3. Increase the contact surface;
4. It is to prevent wire ends from flying and prevent electrical accidents.
What is a string nose?
Wire nose is a popular name, which is called wiring terminal in electricity. It is used to make joints for wires or cables to connect two or more wires or cables. Generally, thicker wires or cables will be used.
Why use a wire nose when wiring?
1. The wiring is convenient. There is no wire nose. Only solder wiring is available. It is troublesome and not too firm
2. It's safe. The thread ends are pressed together without burrs
3. The design of the wire nose ensures sufficient contact area and will not lead electricity to flow through and cause accidents due to large heating

1. When cleaning the cold pressed wiring terminal, use silk cloth dipped in absolute ethanol and use it after drying. Acetone and other chemical solvents that may have harmful effects on the connector are not allowed.
2. The cold pressed terminal shall not be energized until it is properly connected or fully locked.
3. In the fixing of cold pressed terminal, clamping of harness and other occasions, there shall be anti loose devices (anti loose screws, anti loose rings, fuses, etc.) when using threaded connection.

Wire nose (DT) is often used for cable end connection and continuation, which can make the connection between cable and electrical appliance more firm and safer. It is a common material for construction, power equipment, electrical connection and so on. When the general conductor is connected with the wiring terminal, the corresponding wiring connection terminal shall be used for the cable end connection according to the requirements of the national wiring code. And if it's 4mm ² The above multi strand copper wires need to be equipped with a wiring nose and then connected with the wiring terminal. The product has good appearance specification, good conductivity and safety

The copper pipe nose is generally made of T2 red copper and brass. The appearance of the product is a round head of a pot shovel. The top side is a fixed screw edge and the end is a stripped copper core of wires and cables. The varieties are divided into oil blocking type and pipe pressure type. The oil blocking type is better. In order to resist air oxidation, there is tin plating, that is, a layer of tin is plated on the surface of the copper ear to prevent oxidation and blackening, The copper wire lug shall be used only for wires larger than 10 square meters, and the cold pressed wire nose shall be used instead of the copper wire lug for wires smaller than 10 square meters. Copper wire lug can be divided into surface tinned and non tinned tube pressure type and oil plugging type. DT copper tinned terminal is to coat a layer of "tin" on the surface layer on the basis of the original DT copper terminal to enhance the conductivity of DT copper terminal.

1. When the cold pressed terminals are in the separated state, protective caps shall be installed or other dust-proof measures shall be taken; If the cold pressed terminal does not separate for a long time after connection, a fuse can be placed between the plug and socket.
2. When connecting or separating the cold pressed terminal, try to make the axis lines of the plug and socket coincide, and straighten the cable to prevent the plug from being affected by tangential force and prevent the connector from being damaged due to cable sagging.
Installation precautions:
1. The screws must be tightened,
2. The cable and copper nose must be inserted in place and compressed with pliers.

Although the copper nose is made of the same material, we know that copper can be divided into brass and red copper. There are differences in the price of raw materials. In this regard, customers also need to make it clear that red copper is industrial pure copper with a melting point of 1083 ℃, while brass is an alloy composed of copper and zinc, which has strong wear resistance and is often used in the manufacture of valves, water pipes There are differences in appearance, copper content, density, strength, conductivity and so on.

Copper nose is a series of products often used in the power industry. It is commonly used for the connection of cable ends. This operation will make the cable ends electrically connected. High security and firmer. Of course, in addition to being used in the cable industry, these products are deeply loved, including construction, power equipment, household appliances, distribution cabinets and other industries.

Due to the use of metal materials, its performance will be quite good. Copper metal has good insulation, which makes it safer in the process of use and can resist the surrounding air. Therefore, it is very suitable for the connection on the terminal, Moreover, copper products will not change easily and are relatively stable in structure. If they are used in the outside world, even if the temperature fluctuates greatly, they can be used well and will not be affected and cannot be used effectively, When we use the products, we can effectively use them according to the characteristics and factors of these different products, and copper itself is widely used. Compared with steel in humid environment, it can also be used effectively without failure. Copper metal is a very good product for the manufacturing material of terminals.